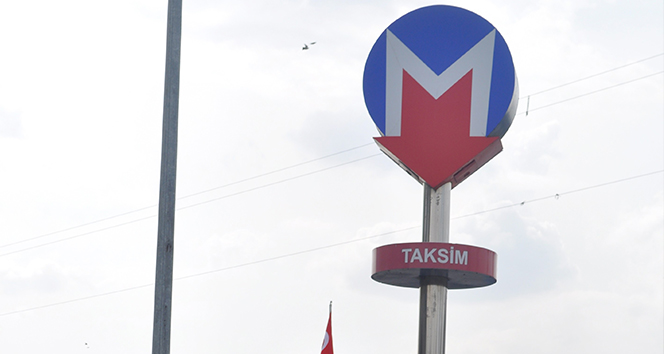 Istanbul stretches over an area of ​​more than 5,000 square kilometers, so moving around is not that easy on one hand it is one of the most crowded cities in the world and on the other hand, its increase in ability to develop transportation (Istanbul is similar to Rome as it is based on 7 plateaus).
The city is highly focused in developing public transport, Istanbul metro project is one of the most important one of these projects, as it links the continents of Asia and Europe through a railway tunnel under the Bosphorus.
We recommend that during your stay in Istanbul, you use public transport, especially the tram, to reach the Old City, as this will allow you to quickly access at a low cost because Istanbul is very crowded during peak hours between 8 and 9.30 am and between 5 and 8 pm.

In order to be able to use public means in Istanbul, you need an Istanbul Kart magnetic card that you can find in small shops near all metro stations, docks and bus stops. Its price is 7 liras, and then you must add credit to it. Most trips only cost 3.50TL one way.

In Europe there are two lines in service, the T1 line that starts from Kabataş and allows you to reach Sultanahmet and the T4 line heading to the northwest of the city. Trams run from 6 am to 11 pm.

The T1 line gives you access to the most attractive areas of the city by reaching the following areas:

It allows you to descend quickly to Istiklal Street and avoid climbing the slopes to reach neighborhoods like Galata. Since you are in Tunnel, you can use the historic tram to go to Taksim Square.

It allows you to go from Taksim Square to Kabatas. From here you can take the tram (T1) to the old town and boat to the Princes' Islands in Kadikoy. Another option to go to the old town is to use the M2 metro directly to the Golden Horn from Taksim.

It looks like a tram in historical movies, there are two lines in service, the first on the European side that runs down Istiklal Street from Taksim Square to Tunel.

The second line (T3) is on the Asian side of the dock and runs from Kadikoy to the Moda neighborhoods.

It opens from 6 in the morning until midnight, there are currently two lines on the European side.

Ataturk Airport (Old airport) - Aksaray (M1):
In the event that the hotel you are staying in is in the Sultanahmet area, this line will take you from Ataturk Airport to Aksria area, and then you can take the tram (T1).

This line is the longest line in the Istanbul metro and the most line you will need during your stay in Istanbul, as it has been expanded to enable you to visit the old city, starting from Taksim Square and others. This line is suitable for businessmen who live in Levent area or for travelers who chose to stay in areas with fewer tourists and dominated by Turkish local character such as Nisantisi (Taksim Square is only two stops away from Eminönü, where the spice market is located.)

The main stations of the M2 line are as follows:

Yenikapi: This station aims to be the transportation hub in Istanbul, where you can use the Marmaray line from Yenikapi (where the metro passes under the Bosphorus) to reach üsküdar on the Asian side.

Haliç: It is a useful stop for tourists who want to reach the old city or who want to move from the old city to other areas that are difficult to reach. It will be near the Spice Market and Eminonu Tram Stop (T1).

Şişhane: At the bottom of Istiklal Street, you will join the funicular railway located to the right of the station and Galata district.

Taksim: It is located in Taksim Square where the station can be reached on foot and quickly from areas such as Cihangir, Beyoglu or Cukurcuma. You can also use the Funicular (F1) to reach Kabataş, where you can take the Asia-Prince Islands ferry and tram (T1) to reach the old city.

Osmanbey: located minutes away from the upscale Nisantisi neighborhood. A very nice area with many bars and restaurants as well as luxury shops and many Turkish designers.

Levent: This region is considered the business region of Istanbul. In addition to the metro station, there are two main shopping centers, Kanyon and Metro City.

İTÜ Ayazağa: located near the elegant İstinye Park shopping fair. This shopping center is heaven for you for lovers of fashion and luxury, and you will be able to shop all the luxury brands.

After many years of work, the Asian side has been linked with the European side by a crater that passes under the Bosphorus. It gives you access to the Asian side of Yenikapi and Sirkeci.

There are 400 buses in Istanbul, most of them run until midnight. Except for the Sultanahmet buses (which can be reached by tram), they go all over the city. Major destinations and stops are marked yellow on both sides of the buses.

Boats allow you to travel from Europe to Asia, which saves a lot of time due to the crowded bridges over the Bosphorus, a good way to see the city.
The main docks on the European side are Eminonu, Besiktas and Kabatas and on the Asian side Üsküdar and Kadikoy.

If you want to take a tour of the Bosphorus - we recommend that you take the boat from Besiktas or Ortakoy instead of leaving from Eminonu, which is always crowded, which reduces the comfort.

They are shared taxis operating around the clock. Fast, economical and widely used all over Turkey. They operate on a specified route and leave when full with eight passengers. On the way, you can go down to where you want to go. The payment method is simple, once seated, specify your destination to the driver who will tell you the price and hand him the money.

The main lines are: Besiktas - Taksim; And division - Bakirkoy, Yesilkoy; Sariyer - Besiktas on the European side, and Kadikoy and USkudar from Asia.