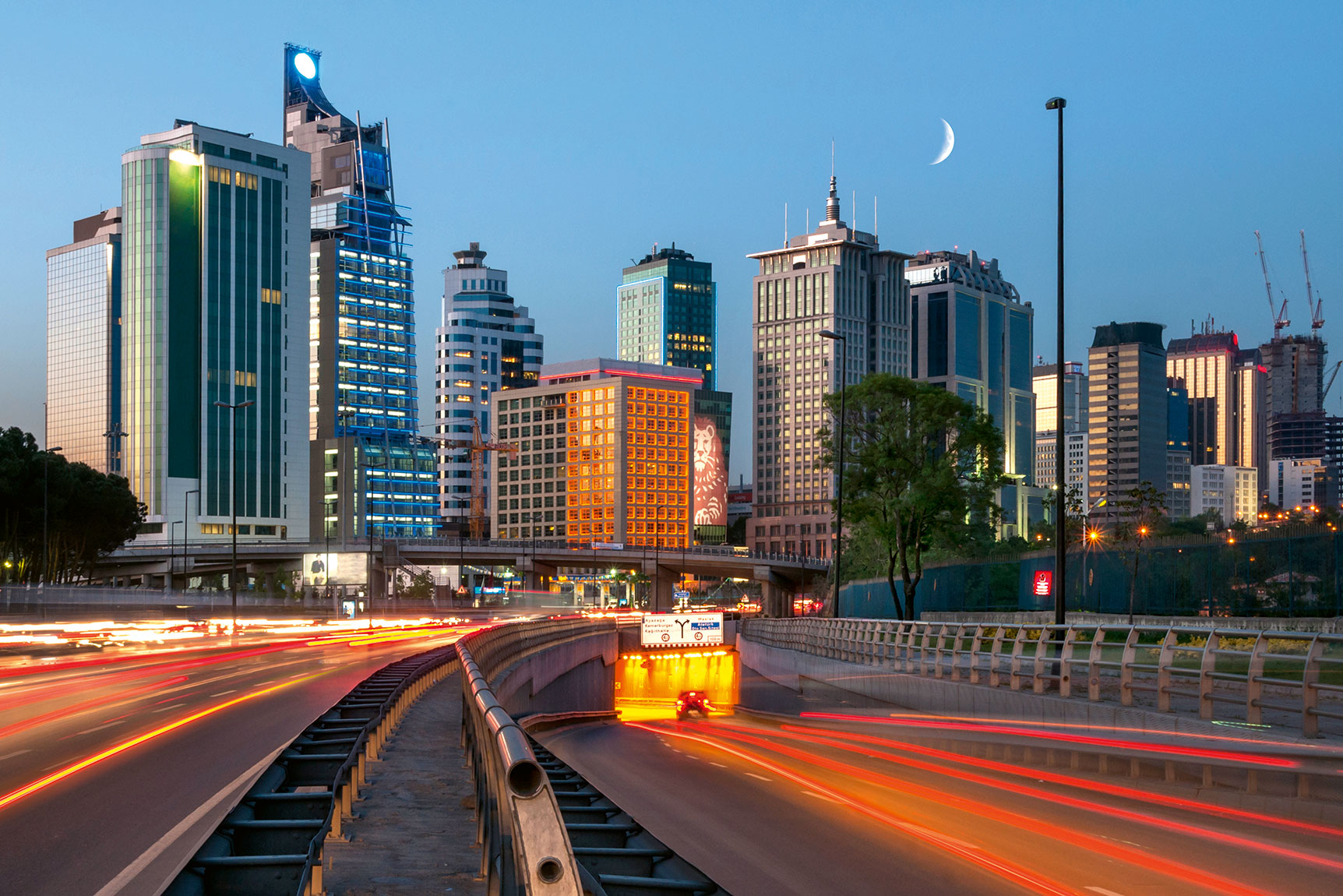 The Turkish Republic was established on the ruins of the Ottoman Empire in 1923, and in the early periods it suffered from conflicts, problems and contradictions in different opinions and political orientations with different groups and dominant parties and different groups of people between supporters and opponents of the republic and the declaration of its secularism, since architecture It is the eternal footprint of man, remaining constant afte in a changing time, each design results in an idea that goes back to a specific period of time with its culture, traditions, religions, and the nature of its contemporaries.Each of the architects representing a certain class made with skillful works that differed in character from others and formed a different school of architecture, so they left us with models that are not only deaf buildings but a tale of a specific era, which what we are going through today to talk all about it, in the early periods of the establishment of the Turkish Republic Architecture was influenced by Ottoman architecture to a large extent,after the Second World War, Turkish architecture was influenced by cultures coming from outside, so architectural currents were formed that merged the traditional of local Ottoman buildings and the spirit of the national buildings. For modern foreigners, starting from 1980, due to the state’s interest and the influence of contractors, architects were able to apply their work and find their cultural and civil identity, and put their own imprint on designs that parallel the progress and urbanization on one hand and the heritage of the state on the other.

This movement started in the late Ottoman rule, with the beginning of the establishment of the Turkish Republic in 1923, the architectural concept of the Turkish Republic was formed, in light of political and social developments it adopted a new trend in urbanization, distinguished by its classic locals, and unlike Ottoman architecture, elements were used New in construction, such as cilia in public buildings, during the period of the first architectural movement, but their use remained restricted to public buildings, it was economical and rational to find flat roofs and insulation techniques in Ankara and Istanbul depending on the climatic conditions, as for The Grand Post Building  design by the founding architect in Al-Hekka, Wedad Tek, is a testament to the buildings of that period, famous for their well-known international architectural character.

The emergence of new Turkish state and in light of the construction of new administrative buildings in the capital, Ankara, generated the need for architects and city planners, but the number of architects was not enough, and for this reason many European engineers (from Germany, France, Switzerland and Other) emerged to supervise and implement many projects in Turkey, the architectural characteristics of classic-style buildings with simple facades and entrances with columns, stairs and duplicate windows, the construction of the Turkish National Council building began and it was officially opened in 1961 AD, among the buildings dating back to that period also is the People's House building in Mersin, which is considered the largest and the first place to use the rotating square technology it was built in 1944-1946 AD.

As a result of urbanization being affected by the negatives left by during the World War II lack of necessary building materials, and the high cost of construction in Turkey appeared the influence of security architects in Turkey, which had a good relationship with Germany in that period, despite the many criticisms The classic Ottoman architecture of the first movement faced, the second architectural movement did not face these criticisms, and the architects of the second movement relied on simplicity, lightness and natural light in their designs for larger spaces within traditional houses, despite being influenced by the architectural currents of different cultures, The Turkish buildings have preserved their nature, and the most prominent examples of this period are the Old House Gallery in Ankara, which is currently used as an opera house with its balconies and decorations, which are the first lines of modernity in that period, the Turkish Pavilion in the New York Gallery, and the Sisli Mosque.

This period is considered a turning point in architecture and art, as it witnessed more European culture and experiences of life despite the continuing effects of the war, the Turkish immigrant architects began to return to their countries, in addition to the fact that the First College of Architecture that was constructed at the beginning of the establishment of the Republic had graduated Batches of architects, who began designing and constructing buildings of a different style from previously known, at that point a college of architecture was opened in 1956, it was the second college of architectural education in Turkey outside Istanbul, which was another turning point in architectural education.

The architects in this period in general and the sixties in particular moved away from the inherited traditional style and turned to more complex and modern architectural styles, in line with global developments, the Ankara Grand Hotel is one of the most famous examples of modern architectural applications established in Turkey at that period,Turkey has witnessed During the sixties a great economic and tourism boom, which led to the extension of urban urbanization to coastal cities, as a result of the large number of those wishing to spend holidays on the coasts, while the seventies witnessed excessive population growth and political turmoil, the state’s control over the construction of public buildings increased alongsıde  Architecture and construction, which led to the emergence of slums, one of the most prominent examples dated to that period is the Ataturk Library in Taksim - Istanbul The building embodies three-dimensional engineering with distinctive visual characteristics.

As for the stage of the eighties, it witnessed vitality in the country in all aspects, which was reflected in architecture, where prefabricated materials and ready-made concrete were available, which facilitated and speeded up construction processes.The impact of this stage’s development is still evident in Turkey to this day, and One of the most important works accomplished in that period was "Atakoy Galleria", which was considered the first modern shopping center in Turkey, after which shopping centers gradually began to appear in the country.

In the 1990s and since 1990 AD, architecture in Turkey has witnessed a great revolution, the trend has been to construct tourist buildings as a result of the global openness.

In the twentieth and twenty-first century, the classical forms of architecture were replaced by various forms that were more mobile and flexible, projects spread for multiple uses, during this period Turkey no longer needed more foreign architects, and it worked to increase the standards of aspiration in modern buildings in addition to modernizing old buildings, and improve their resistance to danger so that they are earthquake-resistant buildings.İn recent years Turkey has tended to pay attention to mega projects, such as airports, the most important of which is Istanbul's third airport, which is expected to be completed by 2023 AD, and it will be one of the largest airports in the world, Turkey will witness a revolutionary leap in the field of modern architecture and strive to be one of the world leaders in the field of construction in conjunction with the centenary of the founding of the Turkish Republic.