The most important airports in Turkey 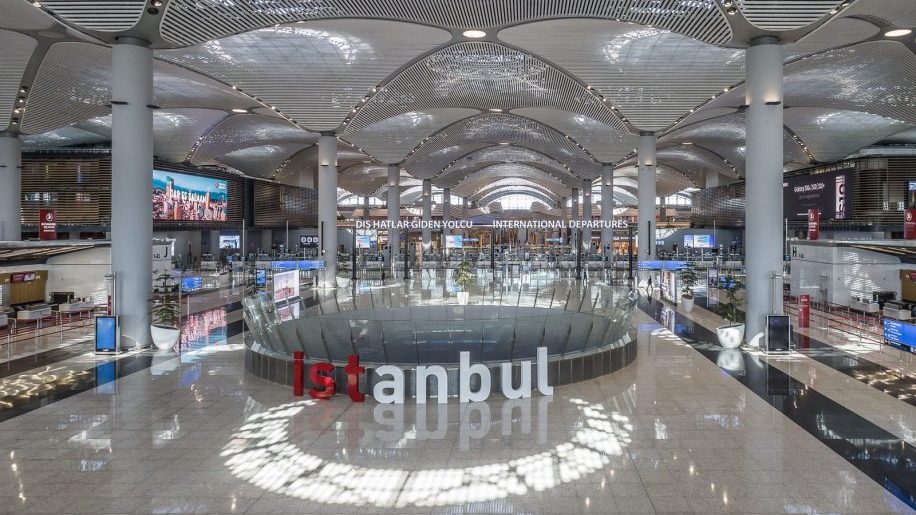 The country’s vision of 2023 and its goals  resulted in a huge revolution in various fields that was supported by the Turkish government, which seeks to implement huge projects that compete with the largest projects of European countries, to support the national economy, the most important of which are tourist facilities and airports, where tourism is the biggest support for the economy, and Due to the vast area, and the need for citizens and tourists to move easily and avoid the problem of overcrowding, Turkey has aimed to provide more means of transportation, among which are metro stations, many of which are opened at the beginning of almost every year to cover the vast areas of the country and make transportation easy where It only takes a few minutes to get to any place, in addition to many other means such as trams and ships that have been developed, wıth the government intention to open more subway stations to form a huge transportation network linking all parts of the country.

The fact that Turkey has an important strategic location between the three continents (Asia - Africa - Europe) overseeing three seas, made it a destination for tourists, merchants and travel lovers, and on the other hand, being international with a large area, it was necessary to develop airports to accommodate this flow. The enormous human resources, and facilitate movement between the Turkish states on one hand and between Turkey and the rest of the world on the other.

The number of Turkish airports has increased over the past sixteen years from 26 airports to reach 56 airports between domestic and international, including 8 international airports, the most important of which is Sabiha Airport and Ataturk Airport, but the most important of which is Istanbul's third airport project, the largest among them all, which is expected to be fully completed by 2023. In the upcoming years, the number of airports will reach a total of 64 airports, increasing the destinations to which flights depart from 60 to 316 destinations, with the airport construction sites have been carefully chosen to be ideal for establishing an airport in terms of ease of access, supervision and servicing. with the latest technologies and systems in them, that is why airports are the most important investment projects that will achieve giant leaps for the Turkish economy.

The importance of airports in Turkey is due to being the connection point between continents and home to many domestic and international airlines, and a center for trading  goods around the world. Airports are important for the economic development of the country, and it is a civilizational phenomenon that indicates the great development (most countries are measured after their airports and the number of Annual travelers) and important to support tourism and the ease of movement of citizens, it is at the end the country's communication center with the outside world, but the transport sector in general has been affected in most of the country due to the Corona pandemic, which led to a decrease in the number of travelers after most countries closed their borders and restricted the entry of travelers to with Tourism sectors being stopped,reports indicate a decrease in the number of passengers by about 4.6 billion, which means a loss of $ 100 billion in revenue around the world.

Below we will mention the most important airports in Turkey:

Built in 2000, it is about 40 km away from the Asian center of Istanbul, and it receives a large number of foreign flights, in addition to domestic flights between Turkish states, it was named after Sabiha Gökçen, the first Turkish woman fighter pilot to fly a war plane.

All services that a traveler may need are available at the airport, including restaurants, cafeterias, banks, money exchange and souvenir shops, the airport is divided into two stations, the first includes two departure halls, a reception hall and a VIP hall, which can accommodate about three million passengers, with an area of ​​20,000 Square meters, and the second terminal with an area of ​​2000 square meters, accommodates five hundred thousand passengers.

It was launched in 1953 and was updated in several stages according to the requirements of each stage to meet the needs of travelers, it is 40 km away from the center of European division of Istanbul, and is considered the most important airport in Turkey, and ranks eighth internationally in terms of the number of passengers annually, making it the largest airport In Turkey, before Istanbul's third airport.

It is located 28 km east of the Turkish capital, Ankara, and is an airport equipped with international standards, designed to accommodate 11 million passengers, and has been ranked among the best airports in Europe.

It is located 18 km west of the city of Izmir, named after the former Turkish Prime Minister Adnan Menderes, and it accommodates about 11 million passengers annually.

Located in southwestern Turkey between the cities of Milas and Bodrum, it is 16 km away from Milas and 30 km from Bodrum, and it accommodates about two million and 500 thousand passengers annually.

Located in the south of Turkey, it is divided into two buildings, one for domestic flights and the other for international trips, accommodating 10 million passengers annually.

It is 13 km from the center of Antalya, serving the Turkish north, and is able to accommodate 16 million passengers annually.

It is located east of the Black Sea, and aims to serve the Turkish north, with a capacity of 4 million passengers annually.

It is located in the European section of Istanbul. Work began in four phases when the foundation stone was laid in 2014, and the first part of it was opened in 2018. It is one of the largest airports in the world, it is a very important rock in the Turkish economy as it will generate an increase of income, and provide job opportunities of not less than 150,000 opportunities, upon completion of its construction it is supposed to be ready to accommodate 150 million passengers with an internal space of about 1,500,000 Square meters, it contains six runways, 16 corridors for aircraft, 165 bridges for passenger passengers, four lounges connected to each other by railways, three areas for technical work, an air traffic control tower, eight ground control towers, VIP lounges, squares accommodating parking 500 aircraft, charging stations, parking lots, medical center, hotels, and conference rooms, fire rescue and rescue centers, power plants, water treatment plant and waste facilities.

The airport was provided with two talking robots for the traveler to use to infer the sections and steps that must be followed, and a number of indicative panels at the outskirts of the airport, making it one of the most modern and largest airport in the world placing it in competition with major airports in the world such as Heathrow Airport and Airport of Dubai.